When Your Lemon Curd Fails

What’s as sad as egg whites that won’t whip? Mayonnaise that curdles? Bread that doesn’t rise? Or a cake that sags? 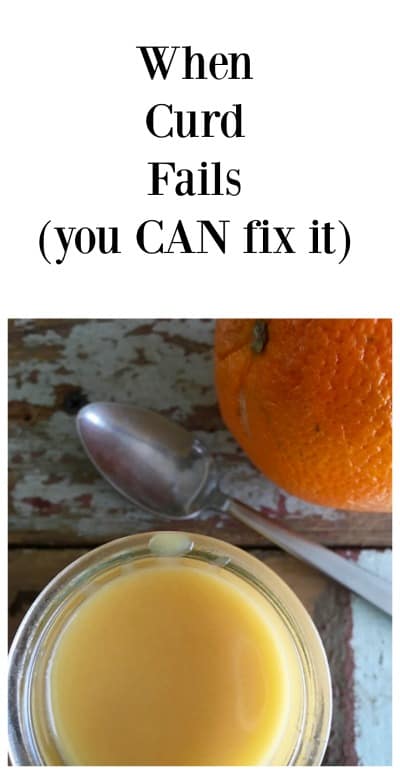 I made a gorgeous batch of Lemon Grapefruit Orange Curd last week for Palmer Food Swap and it flopped. We’re talking liquid like splashy action when I jiggled the bowl and the taste I tried was like drinking water. I was so disappointed! I had a hug fat flop on my hands AND no swap item to take to my own food swap.

I quickly looked up how to fix a failed curd and found out that if I just recooked the curd it might be saved. And that’s what I did. But even after it reached the desired temperature of 170˚F it wasn’t quite there. When it reaches that temperature it should coat the back of a spoon, basically you dip a spoon in and the curd doesn’t back fill in that area you wiped clean. Mine, at 170˚F, ran right back in.

So I held it there, trying not to get it too hot but trying to get to that sweet thick spot. After a good five minutes of whisking like a maniac and keeping it hovering right around the 170˚F-175˚F mark my curd was thick enough to stay separated on the back of the spoon. I pulled it off the heat and poured it through a strainer into a clean bowl. I was afraid the hot pan would continue to cook my curd and potentially ruin it, and I’d already had enough of that for the day. I let it cool for a bit a room temperature, while I “cleaned” out the pan, then laid plastic wrap on the surface of the curd and put it in the refrigerator. I crossed my fingers and hoped for the best. Success! After it cooled completely I had a thick luscious curd, perfect for swapping. 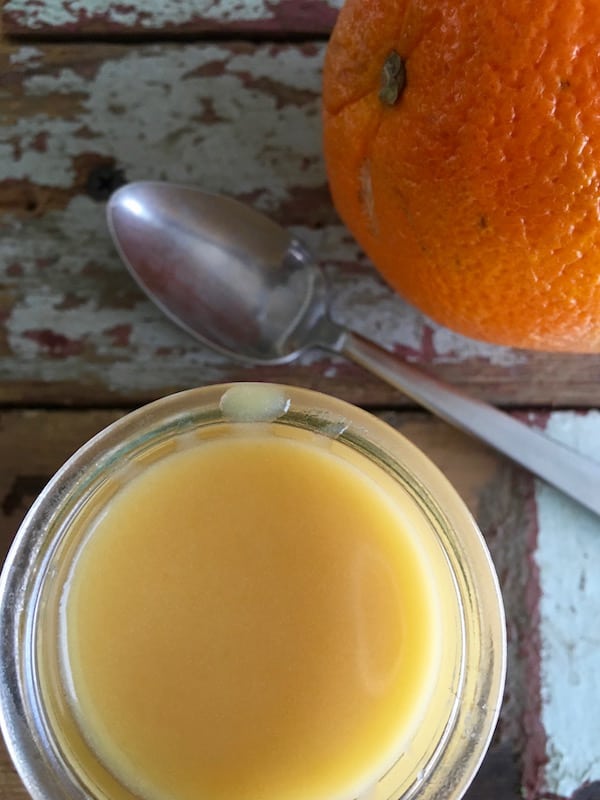 Turns we had a massive snowstorm and the roads were so nasty and unplowed that I decided to cancel the Palmer Food Swap for January 2017. More curd for me.