If you’re following along with my Great British Baking Show Bake-Along you’ll know this week is Caramel Week. The bake for this week was Millionaire Bars, which I thought I’d never made. For this bake, you had to have one dozen Millionaire Bars, with three distinct layers. I spent most of the week wondering what I would make for my recipe when I remembered my old favorite recipe for Twix Bars. I knew I could tweak it a bit and make it unique; Orange Cinnamon Millionaire Bars were the result. A perfect mix of orange shortbread, cinnamon caramel, and a thin layer of chocolate, a new Christmas Cookie for us I think. 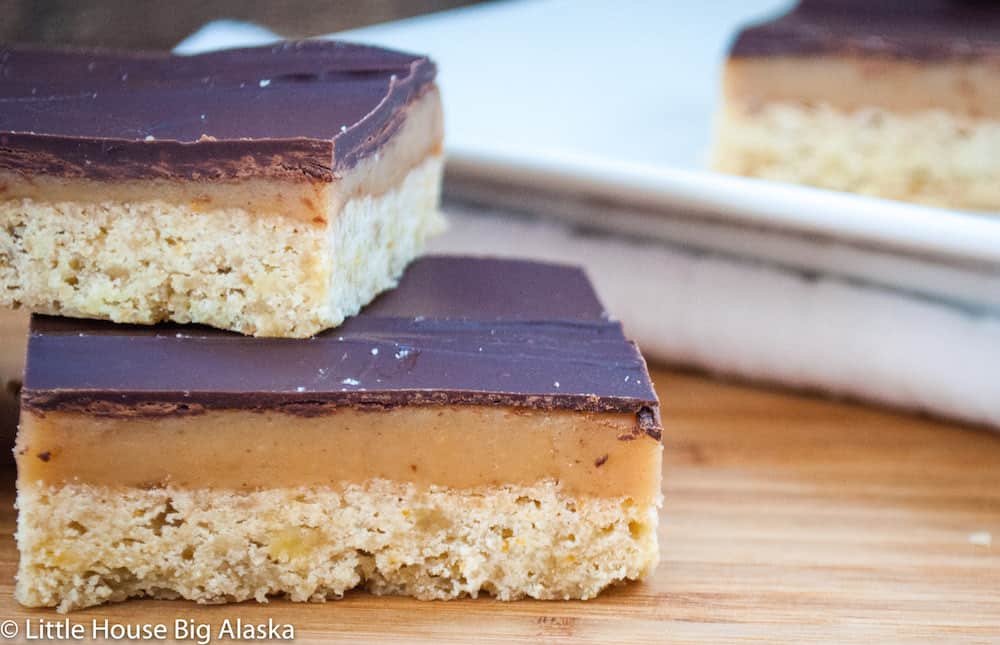 What are Millionaire Bars?

Millionaire Bars are a cookie bar with three distinct layers. The base is crunchy shortbread and can be flavored as desired or left plain. Then on top of that, you have a caramel layer, again you can make this flavored or plain. The third distinct layer is a thin layer of chocolate. Traditional chocolate is simple, but you can make it dark or light or swirled. There are a lot of ways to make Millionaire Bars unique; you can even add a fourth layer!

Once I realized my old Twix Bar recipe was practically a Millionaire Bar this bake became so much easier. I was able to relax knowing that I’d already made a caramel layer that stayed in place while being cut. Yes, it calls for sweetened condensed milk but it works, and that’s a win for me. 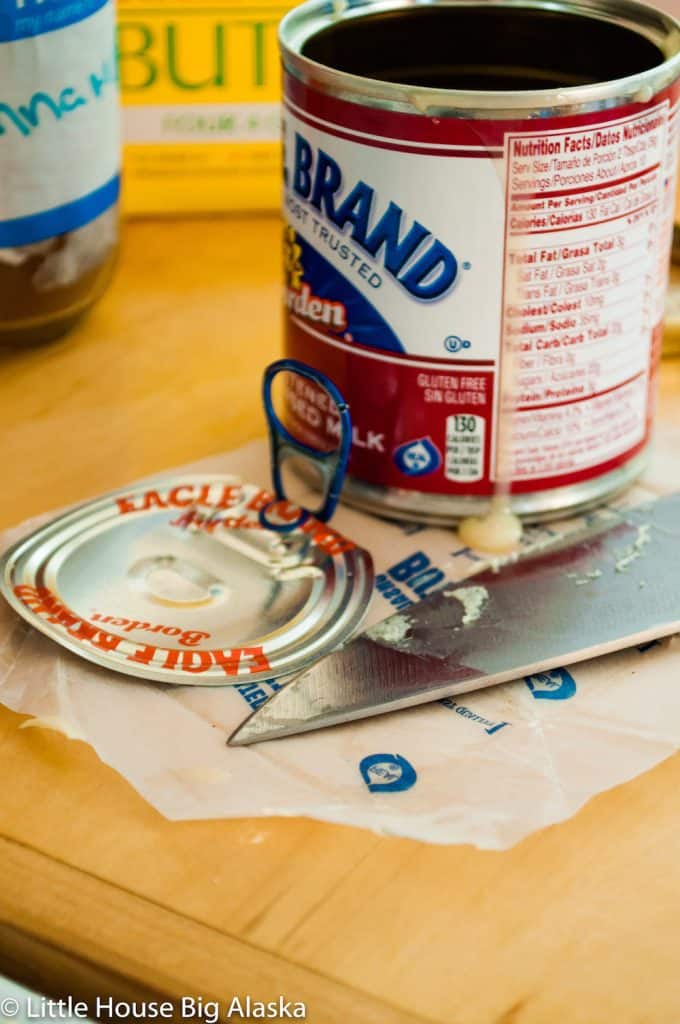 I knew I wanted something fall spiced for my bars, so I settled on orange and cinnamon, kind of a spiced tea flavor. I added the zest from half an orange to my shortbread recipe and patted into a 9X13 baking tray. Then while it was baking, I set to work making a cinnamon flavored caramel. Because the caramel layer cooks so long I left the cinnamon out until the very end, I was afraid it might scorch or otherwise taste funny if I added it too early on. Waiting to the very end of the cook time worked perfectly, the flavor is light and heady, not overbearing or heavily flavored. 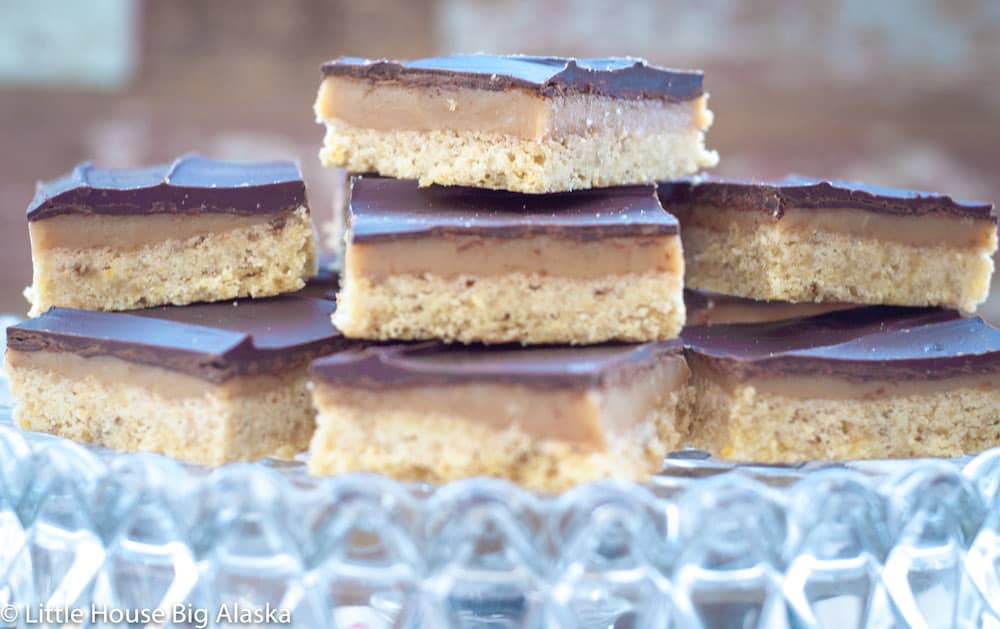 This nutrition information was calculated using a computer program, results may vary.