Our boys have music lessons once a week in Wasilla and I’ve been kind of adrift trying to figure out what to do while the other one is in lessons. It feels weird to sit in the driveway and read a book (my preferred method of waiting) and I can’t go very far because I have to get the other boy back for lessons in a half an hour. So I decided to start exploring Wasilla. 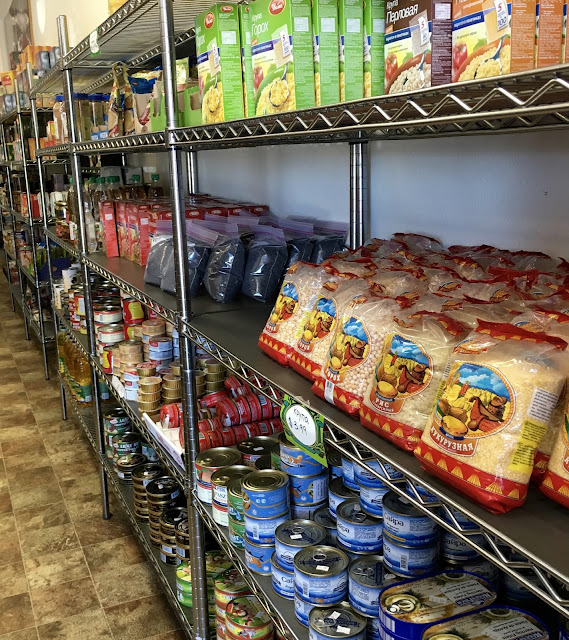 I think Wasilla gets a bad rap with it’s box stores and weird town layout because I’ve found quite a few cool places in Wasilla, and I’ve driven by more that I want to stop and explore as well. One place I stopped at recently was the Eastern European Store and Deli along the Parks Highway(447 W parks Highway to be exact) in an older strip mall. I’d been in once before and I’d been wanting to return so I was happy to find the time the other day. I took one of the boys with me, of course, and we had a good explore!

It doesn’t look like much on the outside but don’t judge it by it’s cover people. 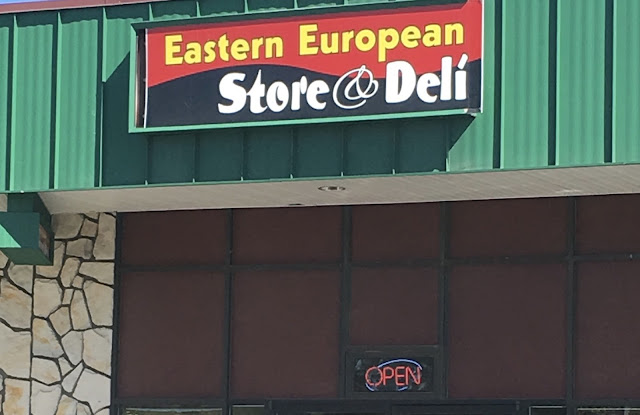 The inside is full awesome things in beautiful packages that I have no clue about. Some of them had English translations and some of them didn’t and that totally added to the surreal feeling I was having, like I’d stepped into another country. 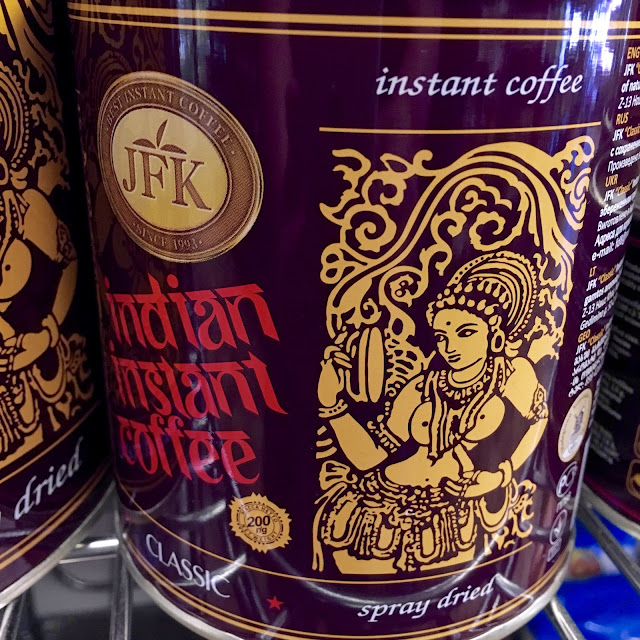 My 10 year old gawked, ok fine we both gawked, at all the mystery products and we tried to ascertain what was what. Don’t worry the can naked lady parts was higher up than he could see and he probably wouldn’t have noticed anyway–YET.

We figured out what was chocolate, I’m good like that! 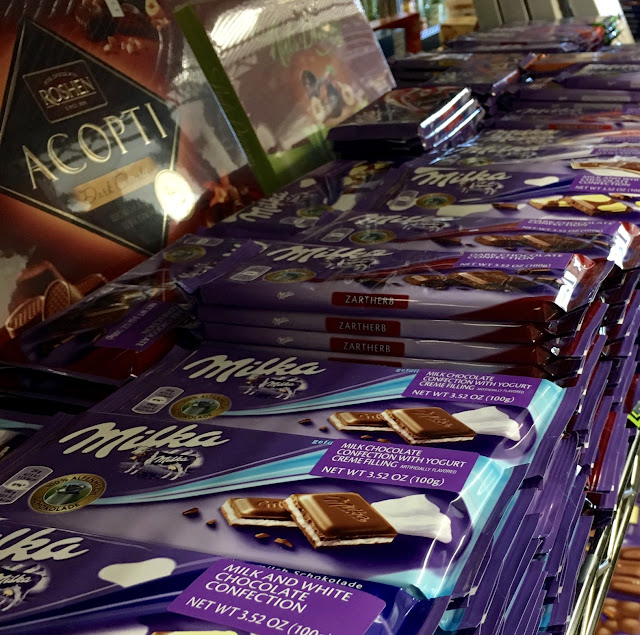 When we made our way to the front counter the girl was quietly cleaning and keeping busy and was absolutely happy to answer any questions we had. She offered us samples from the deli case which we didn’t take, (I am now kicking myself for not accepting them, next time for sure) and she let us shop/gawk. 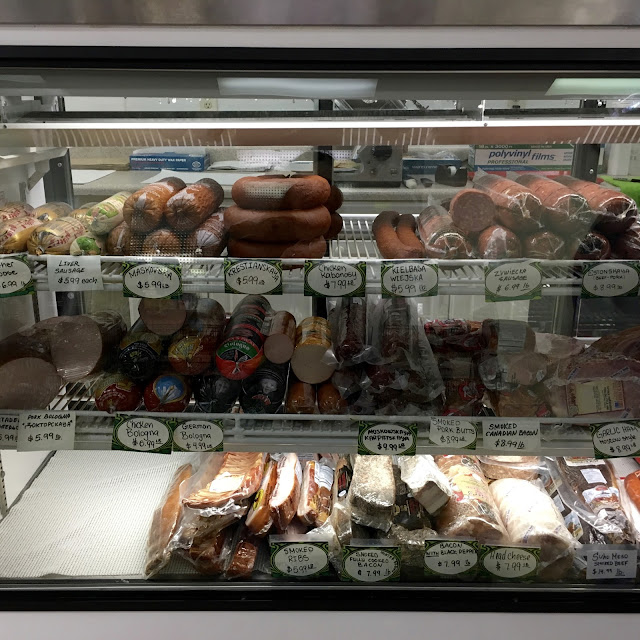 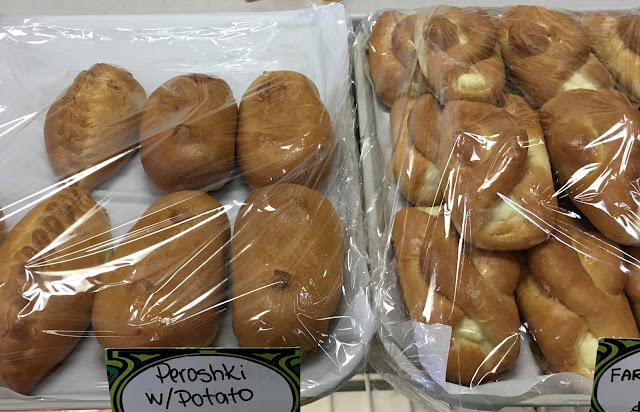 Of course we picked out a few goodies to bring home. Like Canadian Style Sour Cream, you guys it tastes like sour cream USED to taste, tangy and creamy! We grabbed a HUGE bag of German Style Noodles for my poor boy in braces, some chocolate and then at the check out counter we found GIANT wheels of Halva and oh man I love Halva. And the price was SO great too so we asked for a chunk of that too. 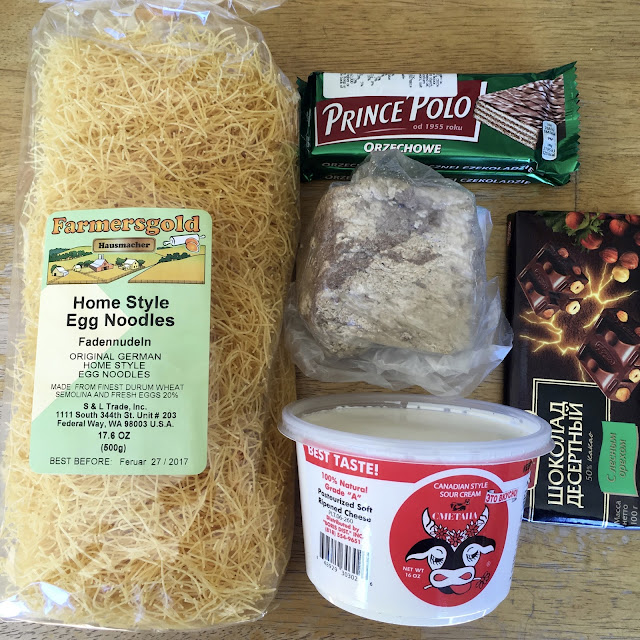 Anyway now I know where I’m going next week during music lessons but I also have to remember to find out what else is AWESOME in Wasilla. Anyone have any suggestions to small businesses I might need to check out? I am OPEN!